Diamond Light Source is a scientific facility currently being built in South Oxfordshire on the Harwell Science and Innovation campus. This giant machine, called a synchrotron can be described as a series of 'super microscopes'. It is housed in a futuristic doughnut-shaped building, which covers the area of 5 football pitches. Diamond will ultimately host up to 40 cutting edge research stations, called beamlines, supporting the life, physical and environmental sciences. 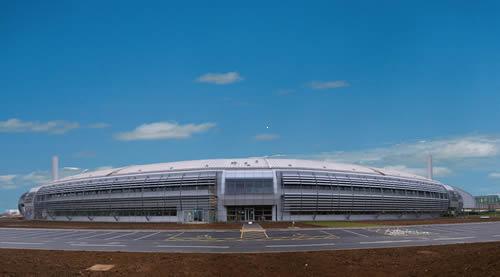